An Intro & History of Greek Food 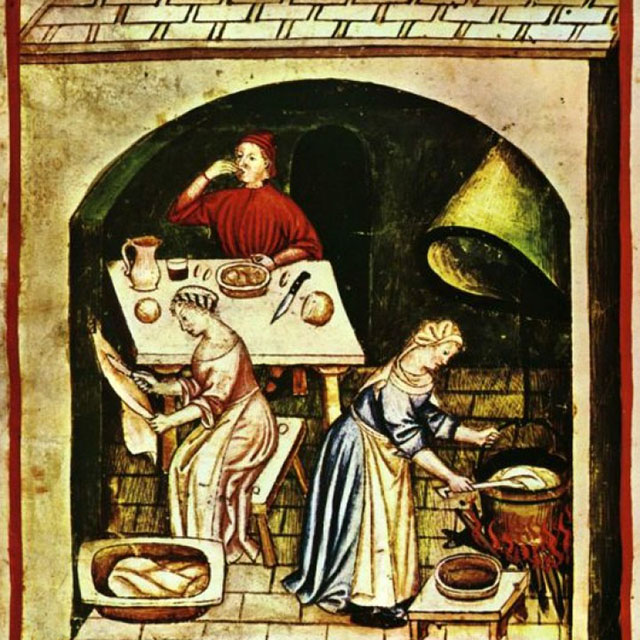 Baked by a brilliant sun, enriched by surrounding salty seas, the food of Greece is among the most vibrant in the Mediterranean. From the dazzling array long gathered from land, sea, and sky, over the millennia the Greeks have spun a cuisine of captivating dishes. Greek cooks marry savory grass-fed meats with just-picked vegetables. They simmer stews laced with robust native herbs gathered from arid hillsides. They rub birds in lemons plucked from their copious citrus orchards and roast the birds in wood-burning ovens. They simmer lentils thick as pudding, which they top with anchovies, watercress, sun-dried tomatoes, and capers. The Greeks devour more than a hundred varieties of wild greens they forage from streams and meadows. They serve slices of their famous feta cheese – some made from sheep’s milk, some from goat’s, some from cow’s—at every meal. The name “feta” simply means “slice” because it was so popular that even in olden days it was sold like pizza. They crust and fry hard cheese and serve it with fig jam. Many Greek dishes, like gyros and moussaka, are renowned worldwide, but the true expanse of their culinary repertory is lesser known, inventive, and delectable.

Many of their food traditions stem from millennia – for example, they invented bread, which in ancient times was then called artos, the origin of the word “art” and they still bake hundreds of varieties. Nowadays rather than heading away from their heritage of dishes and products, Greeks have expanded upon their culinary customs and ingredients in a highly contemporary manner. Indeed, after a number of decades of diaspora and urbanization, many Greeks have recently returned to the land to grow their celebrated, and almost entirely organic, produce and expound upon their breads, cheeses, spreads, meats, fish, vegetables, fruits, jams, desserts, and sauces. Greeks everywhere still operate their traditional tavernas, serving their renowned dishes like spanakopita, village salad, yogurt, moussaka, but now they also operate elegant and modern restaurants everywhere offering inventive compositions based on their culinary legacy. Today’s Greek restaurants everywhere garner acclaim and medals. Their traditional ingredients have caused their new offerings to rise to the forefront, especially as the world turns back to fresh, seasonal, and locally-sourced foods, a culinary requisite Greeks have practiced forever. In short, today’s fabulous Greek food is both of the past and present.

Hi, I’m Susanna Hoffman, author of The Olive and The Caper: Adventures in Greek Cooking and numerous articles of the cuisines and history of food in Greece. I’ll be contributing recipes, stories, legends, annals about Greek food for the newsletter every month. Please look for “Susanna’s Corner” and prepare to get ravenous.

We're two Greek sisters who love to cook and create!